In the early 70s, Stealer’s Wheel had an AM radio hit titled “Stuck in the Middle With You.” There were clowns to the left and jokers to the right but the singer was still “stuck in the middle.”

It could be Gen X’s generational theme song.

As leaders, particularly elders of local churches, it’s critical to understand the generational dynamic of a congregation. As you survey your church do you see a predominant generation? If you’re like many churches today you’re probably seeing more gray, white, blue and no hairs. In my studies of churches in the past 35 years I’ve noticed when the average age of a church exceeds 50 that it’s a potential sign of decline. Healthy churches mirror the contextual age of their community and unless you’re in a retirement community you need to stay below that “age” watermark.

Which brings us to another sobering generational truth: while the fast-graying Boomers are finally retiring and the 20- and 30-something Millennials play their entitlement cards (with some success), Gen X is now getting passed over.

It’s very evident in the job market. The Great Recession (2007-2012) hit Gen X the hardest. The emerging digital and cyber economy shuttered middle management and ended industrial-era employment. Many 40-something Gen Xers lost full-time jobs and never got them back while Boom elders worked past the traditional retirement age of 55. To survive, Gen X downsized, moved, and chose bankruptcy. Unlike the Depression generation, who eventually recovered, in a post-modern, post-industrial world Gen X can read the writing on the wall.

In the church this truth is equally evident.

The Boom generation first tasted leadership (as elders) back in the mid-1980s thanks to a leadership vacuum left by the retiring G.I. Generation. Many of these leaders were still in their late 20s and early 30s when they assumed eldership roles. These young Boom leaders launched an ecclesiastical revolution, sparking the infamous “praise versus hymns” worship wars. Boomers, particularly in megachurches, reinvented Sunday morning into an “event” where PowerPoint, bands and pulpit-less communicators took center stage.

Like good middle children Gen X complied and applauded these ecclesiastical cosmetic changes, then waited in the wings for their turn. By the 1990s, as Boomer senior ministers still held tightly to their pulpits, frustrated Gen X youth ministers launched a new “emerging church” brand that featured hipper music, better visuals and TedTalk sermons. The reason was simple: Gen Xers (unlike the Boomers) was AWOL from church and they wanted to get their peers back.

During the ‘2000s, a new reality emerged: the Millennials shocked everyone and left church altogether (becoming known as the “nones” for “no spiritual affiliation”). A decade later, Gen X grew restless and is now leading a new absentee cohort known as the “dones” (as in “done with church”). In many congregations Boomers are now the predominant regular attenders-aging fast and passing away.

The best solution is to reenergize Gen X, but that’s not happening.

Instead the American church is passing over Xers for the younger Millennial creating both angst and anger. Furthermore, countless older Gen X pastors, still capable and desirous, are tragically overlooked to lead as elders or hire as preachers or staff.

The Boom-led congregations want youth and Gen Xers no longer fit the mold. Meanwhile Gen X-led churches are also hiring the Millennial, even over their own peers (more affordable and moldable).

Gen X is caught in a proverbial catch 22.

So what can church leaders do?

First, aim for balance in your leadership and church staff. If one generation is dominant, there’s room for change. Second, survey the generational attitudes of your congregation. What’s the older Boomer wanting? What’s Gen X thinking? What’s the younger Millennial seeking?

It’s also time to think differently about Gen X altogether, especially those 50-somethings who’ve been out of work for awhile. They may be your best hire. They’re experienced, willing, capable and enthusiastically affordable.

Yes, Gen X is getting long in the tooth but that doesn’t mean they’re done or can’t lead a church to its best days.

The “stuck in the middle” Jan Brady generation just wants the chance.

Stuck in the Middle: What Church Leaders Need to Know About Gen X 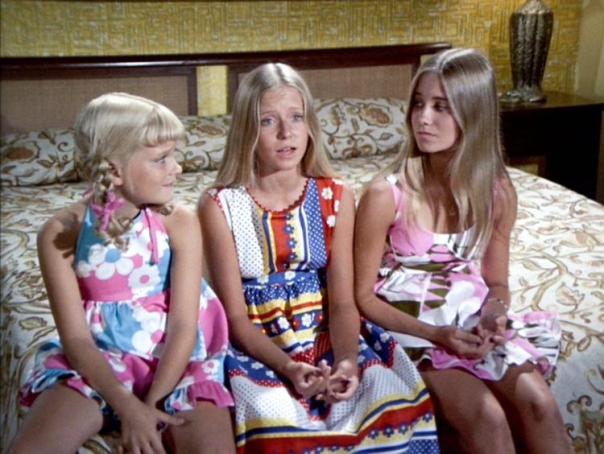 Gen X is the “Jan Brady” of American generations.

And for leaders, particularly elders, in the local church this is a significant insight to understand. How we view a generational cohort impacts the way we lead, the decisions we make and the legacy we leave.

Jan was the middle Brady Bunch sister, stuck between the popular, beautiful Marcia and the innocuous, precocious Cindy. Jan was constantly trying to fit in, speak out and move up in the family dynamics. She created new personas, chose compliance and voiced dissidence. Nothing worked.

In fact, as a middle sister she was frustrated, hurt and angry.

Everything the Boomers did was big…and the shadow was long.

The problem is Gen Xers grew up beneath a different American psyche. Gen X was labeled and libeled as slackers, goonies, exorcist kids and bad news bears. Abortion, the Pill, the latchkey, daycare and divorce tattooed this 70s and 80s generation as did cultural events like Watergate, Iran hostages and the Challenger explosion. Consequently, Gen X has always nursed a cultural chip on their shoulders. Gen X was widely defined as cynical, lazy and snarky and so they’ve always felt like an outsider. To a breakfast club generation reality bites.

And then those innocuous Millennials came along in the 1980s.

Like precocious Cindy, this “baby on board” generation (born 1982-2004) was everything Gen X wasn’t. They were wanted, protected and venerated. With a cultural blessing from Hollywood to the White House, the Millennials could do no wrong. They were suckled on Disney, celebrated as “Spy Kids” and enjoyed “Home Improvement” family ties. The church showered Millennials with the best in children’s and youth ministry programs, events, curricula and facilities.

So, what do these generational contexts mean to you as the leader of a church?  Actually, quite a bit.  Take a look around your leadership “inner circle,” particularly your eldership.

How many are over the age of 56?  These are your “Marcia” Boomers.

Do you have any elders younger than 35?  These are “Cindy” Millennials.

From my long observation of churches in America today, if your church is under 300 members and at least 15 years old, chances are the majority of your elders are Boomers. Rural churches tend to lean towards boomer elders too.

Larger churches that were birthed pre-2000 tend to lean Boomer while emerging churches of the past decade tend to have Gen X and even Millennial elders.

All of these generational contexts are critical to how a church is led.

Boomer leadership possesses an optimism that engages and attracts younger Millennial leaders. To the contrary, Gen X elders carry a cynicism that drives churches to think outside older formats, including the “mega” models popularized by the Boomers.

As the Boomers age (and it’s happening quicker now), they are starting to step down as leaders and elders. The problem is, in many American congregations, the Boomers are the only ones left. Many U.S. churches do not have a strong Gen X or Millennial population in their church and it’s created a leadership vacuum unlike anything we’ve seen in three decades.

As Bob Dylan sang, the times they are a-changin.’

And in part two we’ll dig deeper into what this all means.