← Reimaging Church: Why We Can’t Settle for Just Another Remodel
Saving a Seminary: The Re-imagination of the 21st Century Christian College and University (Part 2 of 2) →

Saving the Seminary: The Failing Bible College (Part 1 of 2) 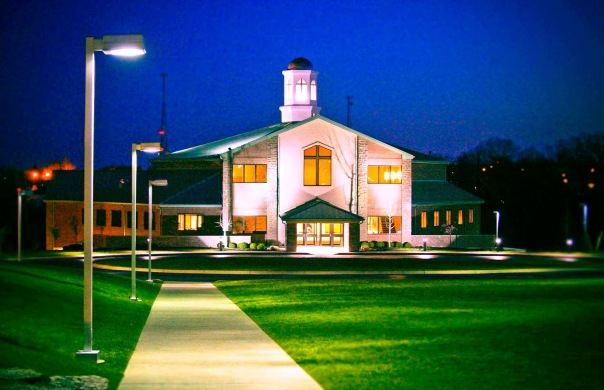 “Dire” and “at risk” is how the article in the July 19, 2019 Chronicle of Higher Education described the future of Cincinnati Christian University, a beautiful institution of higher Christian education once nestled atop Price Hill in the Queen City of Cincinnati. With panoramic views of the Ohio river, winding through the urban landscape, it was a perfect location to instruct the mind, refresh the heart and inspire the soul.

Founded in 1924, Cincinnati Christian University (formerly Cincinnati Bible College and Seminary) was a historic and influential institution among a fellowship of churches known as the independent Christian Churches and Churches of Christ. These churches were part of a wider “restoration movement” that emerged in the early 1800s.

The school was reputed for its conservative biblical education, featuring a “who’s who” of scholars like R.C. Foster, Lewis Foster, George Mark Elliott, Jack Cottrell, Eleanor Daniel and Jim North. Many of the preachers, theologians, missionaries, editors/writers, musicians and Christian educators who defined the Christian churches in the 20th century were graduates (so many that I won’t even start to list them). From Standard Publishing (which produced the flagship journals The Christian Standard and The Lookout), to dozens of parachurch ministries and mission agencies, to some of the largest megachurches in America–including Southeast Christian Church in Louisville, KY (with a Sunday attendance topping tens of thousands)–Cincinnati Christian University was influential.

At the end of the fall semester in 2019, Cincinnati Christian University, after 95 years of fruitful educational ministry, closed its doors.

Later in the spring of 2020, my undergraduate alma mater Nebraska Christian College announced its closure. This smaller school located outside of Omaha, NE had merged with Hope International University in 2016. The move was unpopular with many alumni, but in reality probably gave the institution a few more years of existence. Nevertheless, with a Covid-19 pandemic shutting down schools across America, Nebraska Christian College opted to lock down forever.

It’s sad to me, because I know both of these schools well. After all, I am a 1986 pastoral ministry graduate of Nebraska Christian College and a 1992 seminary graduate (masters in Christian education) of Cincinnati Christian University. The latter school was particularly influential and transformative. Cincinnati Bible College and Seminary (as I knew it) was like Harvard or Yale to this kid from central Montana. A storied past. Renown scholars. Rich in academic resources. It provided me with much opportunity. I served on the staff of the school newspaper in 1986-1987. It’s how I met Rich Mullins, a young musician and former CBC student who’d later pen some of Christian music’s best stuff this side of heaven. It’s also where I met Sam Stone, then the long-time editor of The Christian Standard, who read my material and printed my first professional article (at the tender age of 25). I owe a lot to Cincinnati Christian University.

It’s the history and tradition of both Cincinnati Bible Seminary and Nebraska Christian College that attracted my attention. From the day I graduated high school, I’ve had an insatiable hunger to deepen my theological understandings, widen my historical knowledge of the Church and develop networks of pastoral relations. I moved to Cincinnati because I wanted to experience the heart of the Restoration Movement. But my enthusiasm was soon tempered by reality. I was literally told upon arrival in the Queen City (we hadn’t even unpacked the moving truck) that the school was struggling to stay open. I was encouraged to change my mind by the recruiter but I was too far down the road for that option. Some predicted Cincinnati Bible College and Seminary would not survive the summer of 1986. Only a new president and a miraculous infusion of donor dollars staunched the financial bleeding.

The ugly truth is Cincinnati Christian University had a long history of financial trouble and bad decisions.

In retrospect, the problems at Cincinnati Christian University and, to a lesser degree at Nebraska Christian College, are systemic, foundational and decades in the making. In Cincinnati’s case it started when the school forsook its original purpose to be a training institute for preachers, elders, deacons, church support staff, missionaries and other congregational leaders.

In the late 1980s and 1990s, Cincinnati Bible College slowly departed from pastoral training to chase students more interested in school teaching and business. That decision, and its eventual move to “university” (in 2004) further convoluted the original vision and values of this storied institution. What ensued was a revolving door of presidents, staff and faculty. Occasional staff additions or program changes were band-aids. Nothing Cincinnati Christian University did could produce better student enrollment and retention. At one point I even interviewed as a professor for the school but was grateful when my candidacy stalled. Looking back, the school was not a good fit for someone passionate about leadership, Christian education and cultural change. I could tell my alma mater was stuck and growing into obsolescence.

In recent years, the decisions moved from bad to worse. In a move to cut costs, the school released (some say “forced retired”) most of its seminary Bible faculty, literally gutting the school of its most endearing and enduring attraction (for me anyway). The move angered many alumni, including preachers and leaders who held the purse strings to mission giving dollars. Cincinnati Christian University, following the path of other schools, simply hiked tuition to offset the loss of church giving, creating deeper debt for its graduates and apathy among its alumni. If the product doesn’t match the cost, your graduates will let you know. They won’t give, promote, affirm…or reunite.

In 2015, to infuse some enthusiasm, the school launched the most expensive (yet lucrative, if you can win) sports program on the planet:  football. This decision, I believe, was the beginning of the end for Cincinnati Christian University. They tried other moves, like a mergers and cooperative programs with other institutions, but nothing corrected the tailspin. Rumors of its demise bubbled among friends, former staff, faculty and students of the school.

As a graduate of the seminary (1992) and a professor of Christian education who deeply values the learning I received from this storied Christian institution, I was saddened to read that my alma mater closed its doors forever. It’s clear that a mismanagement of funds, poor priorities, and a loss of leadership vision created this “dire” and “at risk” situation. As the article noted, if Cincinnati Christian University loses accreditation, it would likely produce the closing of its doors. And that’s exactly what happened.

Nebraska Christian College’s story is slightly different. In a bold move, the school moved from sleepy Norfolk, NE to the outskirts of Omaha in 2006 . This move angered many alumni who saw no need for the change of address, but I think it needed to happen. Omaha was a growing city with better resources and opportunities for pastoral ministry students. It also had more large churches capable of mentoring and hiring students. Nebraska Christian College eventually focused upon Christian leadership, which was lacking in traditional Bible colleges. They were doing a lot of things right.

So “what’s next” for the Bible college, Christian university and religious seminary?

Who will be the next Bible college or seminary to close its doors? What struggling school will hitch their future to a larger institution in order to survive? And how many of these larger schools can afford to risk their future by merging with institutions with wings clipped by deep debt, alumni apathy, failing enrollments, disintegrating facilities and loss of interest.

And, finally, can higher Christian education return to its original purpose and design?

Dr. Rick Chromey is a theologian, philosopher, historian and cultural expert. He has empowered leaders to lead, teachers to teach and parents to parent since 1985.
View all posts by rickchromey »

← Reimaging Church: Why We Can’t Settle for Just Another Remodel
Saving a Seminary: The Re-imagination of the 21st Century Christian College and University (Part 2 of 2) →